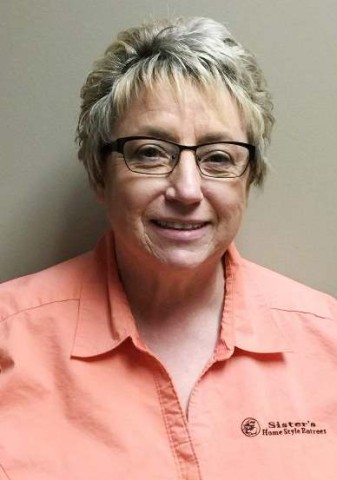 Deb Davis is extremely proud of Sister’s Home Style Entrées. Her company makes frozen meals to go and is located in downtown Humboldt. Deb offers family packages, but the majority of the company’s sales are its meals-for-one.

Sister’s Home Style Entrées prepares the meals from scratch, packages those meals and then ships the meals out to customers all over Iowa. The company’s online ordering capability is a great way for busy people to custom order single meals for themselves or their aging parents.

“Sister’s Home Style Entrées is a result of my desire to give back to my community and state in a way of providing jobs and services to many,” says Deb. “I am proud and honored to represent such a strong growing company with a mission to help others.”

In addition to our award, Deb was chosen as the 2015 Iowa Small Business Person of the Year by the U.S. Small Business Administration. Deb was presented with her award on April 23, 2015 at Sister’s Home Style Entrées in Humboldt. Congratulations, Deb!