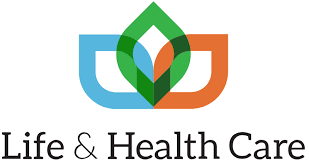 In early 2011, Mona Everson reached out to the North Central Iowa Small Business Development Center for assistance with starting an in-home health care business after she saw first-hand the gap in services being provided in her community and was referred to the center by her local Chamber. Mona worked closely with Lisa Shimkat, Regional Director at the time, on her business plan, financials, and gathering market research.

Mona, a Registered Nurse for 29 years, was extremely detail-driven and it was no surprise she took the development of her business plan very seriously. She worked on it, section by section, and then submitted each one upon completion to Lisa for review. She ended with a three-ring binder that would become her business “bible” going forward. Mona officially opened the doors to Life & Health Care on July 1, 2011, as she worked from her kitchen table. Two weeks later she hired her first brand ambassador, who is still with her today, and then her second one, two weeks after that. Mona believes that culture is everything and looks at her employees as brand ambassadors and refers to them as such. Her analogy is that the culture is what binds the employees together just as mortar does to bricks.

After her first year in business, Mona was feeling extremely overwhelmed and felt she was not as successful as she had hoped to be at that point. She pulled out her business plan and realized that she was actually two years ahead of where she had projected she’d be at that time and the feelings she was having were actually due to the business’ growth and not being adequately staffed to meet that growth. “My business plan was vital to me understanding that I needed to make some changes,” said Mona. In May 2012, she called a family meeting to discuss the situation with her family. Her son David, who lived in Omaha and was on a management path with his current employer, surprised Mona when he called her a few days later saying he was interested in joining the team to handle the financials and human resource responsibilities. He came on board in September 2012. Since then, Life & Health Care has continued to grow its business to the point where they have had to move three times to have adequate space for their operation. At one point, they had 42 ambassadors but they have since stabilized their organization to 32-38 ambassadors. The fact they do not accept Medicare and only private or long-term care insurance shows the demand is there for their services.

Mona is a firm believer that your business plan should not sit on the shelf. It needs to be an ever-changing document that spurs your strategic plan. She is now in the stages of succession planning. She originally thought she’d be selling the business one day but, when her son decided to join the team, she decided to keep it in the family and transition
him into ownership. Mona has taken many steps to ensure her business is successful including the recent completion of the Goldman Sachs 10,000 Businesses Program. Here she broadened her network and worked on things such as: the development of new programs for Life & Health Care; CPR program, CNA program, RNs to become certified in
Gerontology; the growth in the current client base, which resulted in the addition of another full-time RN. The development of a 5-year Strategic Plan for growth as well. Mona also believes that it takes a village to be successful. In addition to hiring the right ambassadors, you should have a strong network and surround yourself with knowledgeable mentors. Just like she reached out to the SBDC to provide her resources and assistance in the areas she needed additional expertise in, she has a team she utilizes to assist her with things such as succession plan and other business-related items.

Mona is a big cheerleader of the SBDC services and the value they provided to her as she started up her business. In fact, she recently hosted a Google Livestream to help share education with other business owners and to promote the NCI SBDC and continues to use the services to assist her with growing her business. “Just as anyone who begins a
journey, you want to have a solid navigator on your team for that journey to be successful,” said Mona. “This is exactly what Lisa Shimkat and the SBDC provided for me.”