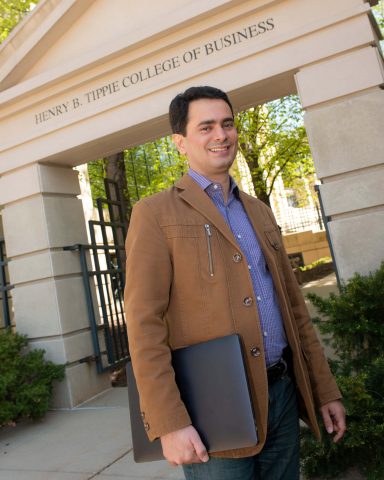 The University of Iowa SBDC has been consulting with Mahdi since he was a student in 2016. He is a PhD candidate in Economics at the University of Iowa, and he is from Iran. He has won numerous business plan contest around the world and he just finished up venture school where I was a mentor. With Mahdi’s determination and innovative approach, VerdiLife is poised for great future success.

VerdiLife’s company mission is, “We strive to make our planet healthier by replacing chemicals used in conventional agriculture with all-natural solutions long favored by organic producers worldwide. We believe farmers in the US will be quick to embrace Wood Vinegar once they see its effectiveness, ease of application and cost of savings it provides.” (VerdiLife.com)

Mahdi began finding solutions for using wood vinegar while he was working on a related business when he discovered wood vinegar was considered a waste product. In Asia, it has been used as an alternative to fertilizers and pesticides. His journey led him to the US, at the University of Nebraska, Omaha, where he began his Masters of Economics coursework. While in Nebraska, he began his self-driven research to increase his knowledge of USA agriculture. He found the opportunity after many conversations with farmers and took steps to develop and test wood vinegar as a viable farm product. He founded VeriLife in 2015, while he was studying a second master’s program in Mathematics.  He is currently a Ph.D candidate in Economics at the University of Iowa – and still growing his business.

Mahdi has been getting his support from the University of Iowa SBDC and John Pappjohn Entrepreneurial Center. He has learned how to pitch his business to investors and has been successful in securing $97,000 in seed funding so far. He’s also learned other skills in marketing his business and building a team. It is clear to Mahdi that he can’t do it alone, and he has reached out for resources and mentors to help his business grow.

Best wishes for continued success to Mahdi and the VerdiLife team!

For more information, go to www.verdilife.com.