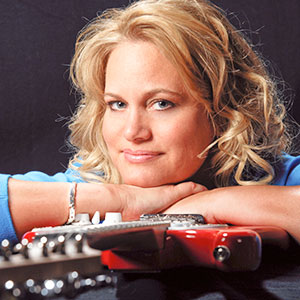 From life coaching to singing to interior design to owning a marina, entrepreneurship is a way of life for Kristen Stephens Sharma, an Iowa City native. Kristen is the owner of Inspired!, Inc., d/b/a East-West School of Integrative Healing Arts and A Massage Oasis, LLC. Kristen began her relationship with the University of Iowa Small Business Development Center (SBDC) twenty years ago when she first enrolled in a FastTrac class, and received counseling each time she began a new business venture.

Inspired!, Inc., was created in 2003 when Kristen decided she wanted to help people feel more inspired about their lives and dreams. Through Inspired!, Inc. Kristen offers life coaching, retreats and seminars. In 2006, Kristen expanded her business with the purchase of a healing arts school. She felt this would open more opportunities for her to offer community classes on body, mind and spirit, as well as teach massage therapy and healing arts for people wanting to begin new careers. After purchasing the school, she changed the name to the East-West School of Integrative Healing Arts and moved it to its current location in North Liberty.

The success of Kristen’s businesses gained her the recognition of “Business Person of the Year” by the Iowa City Chamber of Commerce in 2008. Kristen has since received an SBA loan and has grown her business and services significantly. The school was at full capacity with 24 students in the Fall 2010 session and currently employs 15 instructors. The East-West school offers programs in aromatherapy, healing touch and massage therapy. Students take courses for 6-18 months and become licensed massage therapists and holistic healers upon graduation. Kristen teaches several of the business courses at the school, sharing many things she has learned from the Small Business Development Center over the years.

To date, the East-West School has graduated more than 100 students with the highest “pass” rate for their state boards of any school in the area. Most graduates start their own businesses after earning their massage therapy license, and many come to the Small Business Development Center for business counseling.

In 2009, Kristen started A Massage Oasis, LLC to help create jobs for her graduated students. The company was chosen by the University of Iowa Hospitals and Clinics to start its first ever massage program. The program was an immediate success and a second location was created. A Massage Oasis has been so well received that it was put in charge of thousands of dollars of donated money to help offer massages to children and their parents through the University of Iowa Children’s Hospital and Children’s Dance Marathon. A Massage Oasis recently landed a new contract for massage therapy to be located in the new University of Iowa Campus Recreation and Wellness Center.

Kristen’s thriving companies, Inspired!, Inc., d/b/a East-West School of Integrative Healing Arts and A Massage Oasis, LLC, together employ over 35 people. She and her team of instructors have educated over 100 students and have given therapeutic massage to over 25,000 individuals just in the last four years. Kristen invites the Small Business Development Center into her school each term to help new entrepreneurs with business plans, ideas, marketing and more. Kristen has also been a guest speaker for numerous Small Business Development Center classes. Her willingness to share her entrepreneurial knowledge has enabled others to learn from her experiences. She encourages attendees to always exceed people’s expectations.

Throughout every phase of her new business ventures, the University of Iowa Small Business Development Center has given Kristen advice and helped her make productive business decisions. Kristen had to overcome many obstacles over the years with her different businesses and each one made her smarter, stronger and more knowledgeable. Her current businesses are benefiting many people in the region, especially people wanting to start their own massage therapy business. “Every one of my businesses has benefited from the services at the SBDC,” says Kristen. “I have 12 years of business experience and the SBDC has helped me formulate a recipe for success.”

Kristen was chosen as the Iowa SBDC’s 2010 Deb Dalziel Woman Entrepreneur Achievement Award winner and was presented with an award at a ceremony held at the State Capitol Building on February 23, 2011. For more information on Kristen and her unique, successful companies, visit www.east-westschool.com.

2014 UPDATE! Kristen Sharma continues to make a significant difference for others…but this time she’s doing it on a national and international level.

Along with her entrepreneurship, Kristen has always loved to sing and, in fact, started singing at the age of two. She made All State two years in a row as a teen, but when she realized reading music was a problem for her, she decided to choose a different path for her career and became a “serial entrepreneur”. Kristen has decided that now is the time to make music her main focus.

Kristen recently co-wrote and sang the song “Be The Voice” at the largest women’s business conference in the nation, The 2014 California Women’s Conference, and her song has already reached over 25,000 people on a global level. In June 2014 she sang for thousands in Alaska at the Love Alaska event and had her photo taken with five-time Grammy Award winner TobyMac.

Kristen was handpicked as a facilitator for the 2014 Anthony Robbins Global Youth Leadership Summit, held July 20-24, 2014 in San Diego, where 350 teens from 21 countries came together to learn and collaborate on leadership and making the world a better place. Kristen lead them in singing songs about love and peace, receiving several standing ovations.

Kristen’s first CD, “Shine Your Light”, was released in July 2014 and is a compilation of original songs. She is the lead singer on all of the pieces, and all of the songs are available on iTunes. In honor of World Peace Day, Kristen teamed up with Blessid Union of Souls frontman, Eliot Sloan, to record an all-new version of the band’s chart-topping hit song, “I Believe.” The single is also available at iTunes and the official music video can be viewed on YouTube or at http://www.IBelieveSong.com. You can join Kristen on Twitter at SharmaMission or check her out at www.KristenSharma.com.

Kristen says, “I am 48, and it’s fun to know that you’re never too old to go for your dreams! I enjoy life and I’m taking my own advice…and Shining My Light. I am very grateful for all the friends and family who have supported me all these years. I could not do any of this without them!”

Kristen’s mission is to heal and inspire one billion people around the world with her voice and music, with the intention of creating more love and peace for the planet. She is also a bestselling author with her two books, “Seizing Your Success” and “Women Change the World”. You can follow Kristen on Facebook at https://www.facebook.com/kristen.s.sharma?fref=ts.

Kristen adds, “I waited 30 years to make my singing/songwriting dreams a reality, and they are finally coming true with hard work and tenacity…not to mention a bit of good luck”.

Below are pictures from Kristen’s Award Ceremony in February 2011. 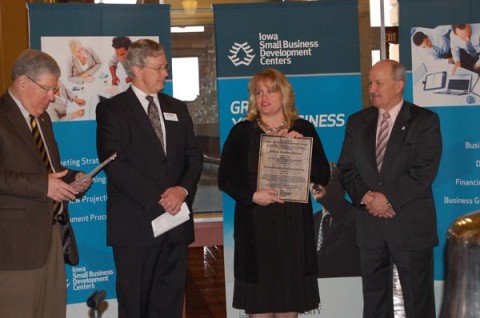 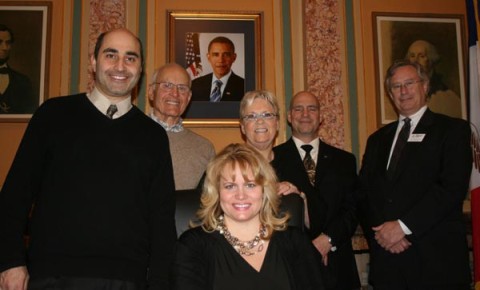 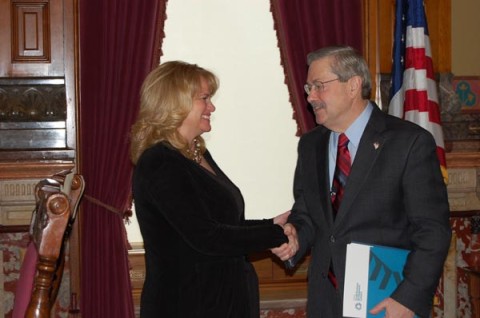