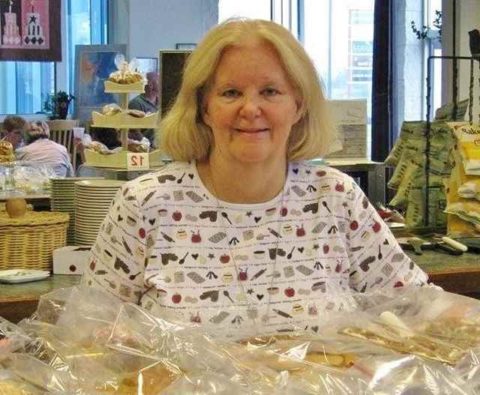 It is not easy to open a brick and mortar restaurant after three years of working out of the safety of your own basement. It is not easy to move a business away from the community you’ve called home for eighteen years. It is not easy to do battle with a bigger food chain and remain standing. But the Ivy Bake Shoppe has done all of this and more.

Martha Wolf and her husband opened Wolf Packaging in 1989 in Fort Madison. In 1992, she and friend Sue Welch-Saunders opened the Ivy Bake Shoppe in Sue’s basement. Their goal was to create quality, homemade baked goods for those who didn’t have time to bake at home. In 1995, they decided to move out of Sue’s basement, and opened a restaurant in downtown Fort Madison. 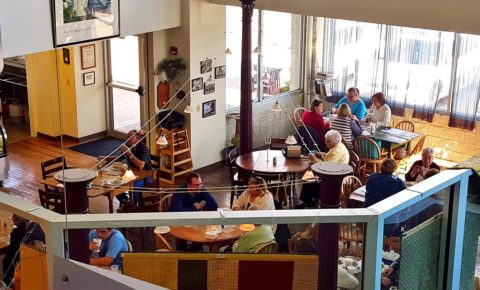 Martha knew about the SBDC from the Wolf Packaging days. She contacted Deb Dalziel at the Southeastern SBDC, who helped her craft a business plan and obtain funding. “They’re just so resourceful,” Martha says of the SBDC. “You don’t [have to] know how to do everything, you just have to know the resources available.” In addition to counseling, Martha utilized an entrepreneurship class the SBDC presented.

It didn’t take long before Ivy Bake Shoppe was a hit in Fort Madison, and word of the delicious work they were doing downtown spread up the Mississippi to Burlington. Martha was approached by Greg Shottenkirk about opening an Ivy Bake Shoppe in the Shottenkirk Super Store. In 2002, Ivy Bake Shoppe and Café opened in West Burlington, and managed to maintain that “Ivy” atmosphere, despite being located in a car dealership. But the success didn’t stop there. In March of 2007, Gibbs Smith Publisher released The Ivy Bake Shoppe Cookbook, a collection of over 140 recipes from the Ivy Bake Shoppe. More than 20,000 of these cookbooks have been sold. 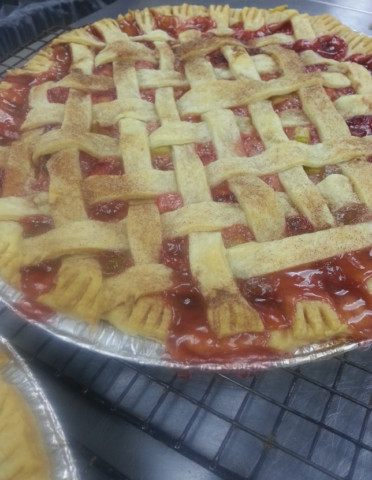 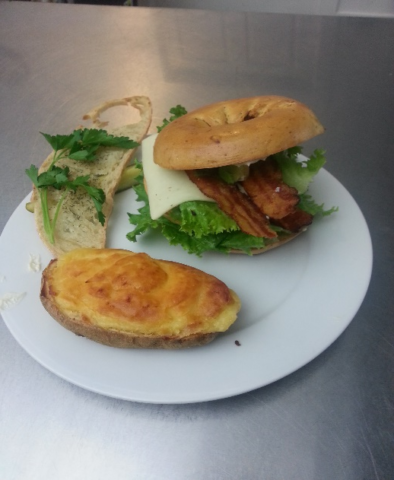 Sadly, the Fort Madison Ivy was sold to another restaurant in August of 2013. But the folks at Ivy had more to give. In 2015, the new Uptown Ivy opened in Burlington. Despite the recent addition of Panera Bread to the growing city of Burlington, the Uptown Ivy has remained standing, and popular with the locals. It’s no surprise, considering the value Martha puts on customer relationships and community involvement.

“I think anybody thinking about doing anything needs to start with SBDC,” says Martha. She remains a loyal client with Janine Clover at the Southeastern SBDC. “I feel real comfortable going to Janine…You don’t always hear what you want to, and that’s ok.” While Martha may slow down in the coming years, she has no intention of letting The Ivy Bake Shoppe close. And thanks to the Ivy Bake Shoppe Cookbook, she can be sure that no matter what happens in the future, the Ivy will live on in one way or another. 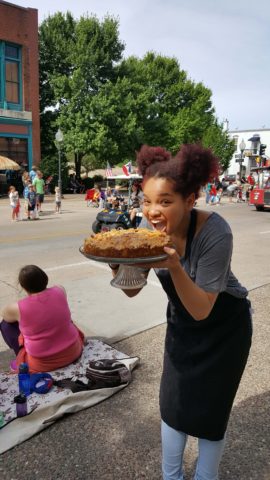 For more information on this popular business, check them out at http://www.ivybakeshoppe.com/ and https://www.facebook.com/Ivy-Bake-Shoppe-and-Cafe-180458480608/